Writing has been so very difficult for me lately as I have been bombarded with emotions. My friend and political compatriot passed away 6 weeks ago. He was a role model to my son who helped him and his wife with yard chores. My son has been struggling with how to feel, what to do,  and just plain feeling sad at his passing. I hurt trying to be a wise mother – trying to tell him how to cope, when I cowardly can’t even beign to.

Yesterday, I happened to come across a FB message to him a few months before he passed. Always witty, even in the his darkest hours and while under extreme pain, Nathan exemplified courage

Now my friend from HS has lost her 25-year-old son to the same disease. Wanting nothing from us but prayers, she reached out  yesterday to wish my son a happy birthday on the same day she publicly said goodbye forever to her son. Sam demonstrates courage beyond my comprehension.

My eldest son’s friend from youth hockey days welcomed his first-born son the other day via video stream. He serves us all in the Middle East. He shows me a type of selfless courage to serve others and delaying his joy until he can come home to his young wife and son.

My heart is overwhelmed by the courage of these people. People that I have been blessed to have in my life to show me that nothing is beyond hope, beyond love, beyond friendship.

I am hurting. I hurting in the place that I don’t ever like to talk about. I feel attacked in my soul.

Then there was swim lessons. As a teacher and instructional designer, I always find myself looking at others to see how 1) They can improve their instruction or 2) more often, how I can improve mine.

As a wife, mother, daughter. friend and citizen – I teach and try to learn everywhere I go. I try to look at things though a lens of a learner.

Yesterday, I learned a lot. I learned about my child’s great capacity to love. He touched my soul and opened up a part that I had closed off due to pain, hurt and fear.

At the end of class (far too unstructured I had been saying to myself!) they play tag. My son is a strong swimmer in the class that I put him in and could easily have dominated the “tag” game. However, he did something far different. He watched for what I considered an unfathomably long time for a 9-year-old who we jokingly call “Squirrel” because of his lack of focus.

“Squirrel” decided to watch. He took a position near safety and was mostly in the water like a Navy Seal, popping his head up from time to time, observing the situation. What he didn’t know, was that  I was watching.

I was annoyed with him because he spent far too much time in class today being chatty with a younger boy instead of focusing on instruction.

Sensing her frustration or just getting frustrated himself by the unfairness of it all; I could not tell, but he sprung out of the water from his safety and saw where “It” was and made the game just competitive enough so she, after about 5 minutes was able to catch him.

Then he went for every the kid that made her “It”, drawing them further and further away from her, while allowing her to be part of the chase. He then proceeded to tag another child, get tagged “It” again and it repeated until the end of class.

He also shamed me, for I was wondering why the instructor left so much unstructured time at the end of class.

Congratulations you won! I get it truly I do. Constitutional freedom of religion is what people who have fought and died in service to our great nation is all about. Woman Heroically Wins

But heroic? Ummmm I think we need a definition check because the media has bastardized it beyond belief!!!

From Websters online:
: of or relating to heroes
: having or showing great courage
: very large or great in size, amount, etc.

Missy I want to see your ancestry . com profile because last time I checked Thor wore a traditional helmet of his culture to symbolize strength and honor. A colander well…

Having or showing great courage? Courage to actually go to DMV for that picture OK but GREAT courage is going with 5 kids and making sure you don’t look like a serial killer. Nope not even close.

Very large or great in size, amount, etc. OK seriously – can we all agree not even a competition on this point?

When your religion has suffered from oppression and distain for millenia then please talk to me about you struggle! Last time I checked Pastafarians were not in “hot water” waiting to be beheaded.

Go home sister you’re drunk (mind you is was a lovely ala vodka sauce and all!)

After 32 days,  20 states,  5 Indian Nations,  4 time zones (Arizona!)  and 10,750 miles my family is “home.”  Thinking of the amazing adventures, sights and sounds have overwhelmed me in a cacophony of feelings.  How can I possibly sleep in my own bed without the sounds of coyotes chattering their ancient stories?  The smells of lemon verbena and sage brush filled my senses as we sauntered across the prairie on a moonlit night – a reminder of our connection to the earth.    Roaring waters of the North Pacific –  the Siren’s call to frolic in its immense cold beauty.  Stars touched the earth – Canyonland’s dark sparkling lights of the universe. Glacial peaks reaching to the heavens beaconing the clouds fluffy pillows to rest.  I sleep now to immerse myself in the reality of reunion with the land and sea once again. Serendipity will be my guide,  no worries my anthem,  memories my song to shake the blues of responsibility from my soul. 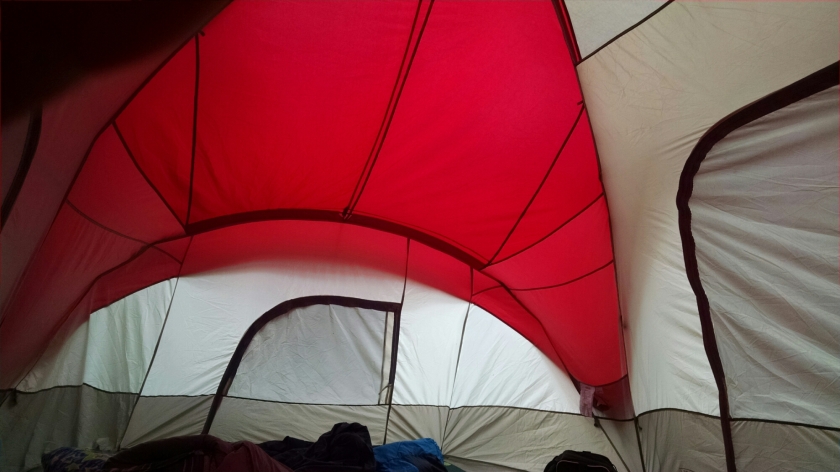 Greetings from my air mattress in my tent!  Day 21 and I am finally at my happy place.  We have had a wild adventure so far and I can’t wait to share the things I have discovered living out of  minivan for a month!
Here’s a preview: 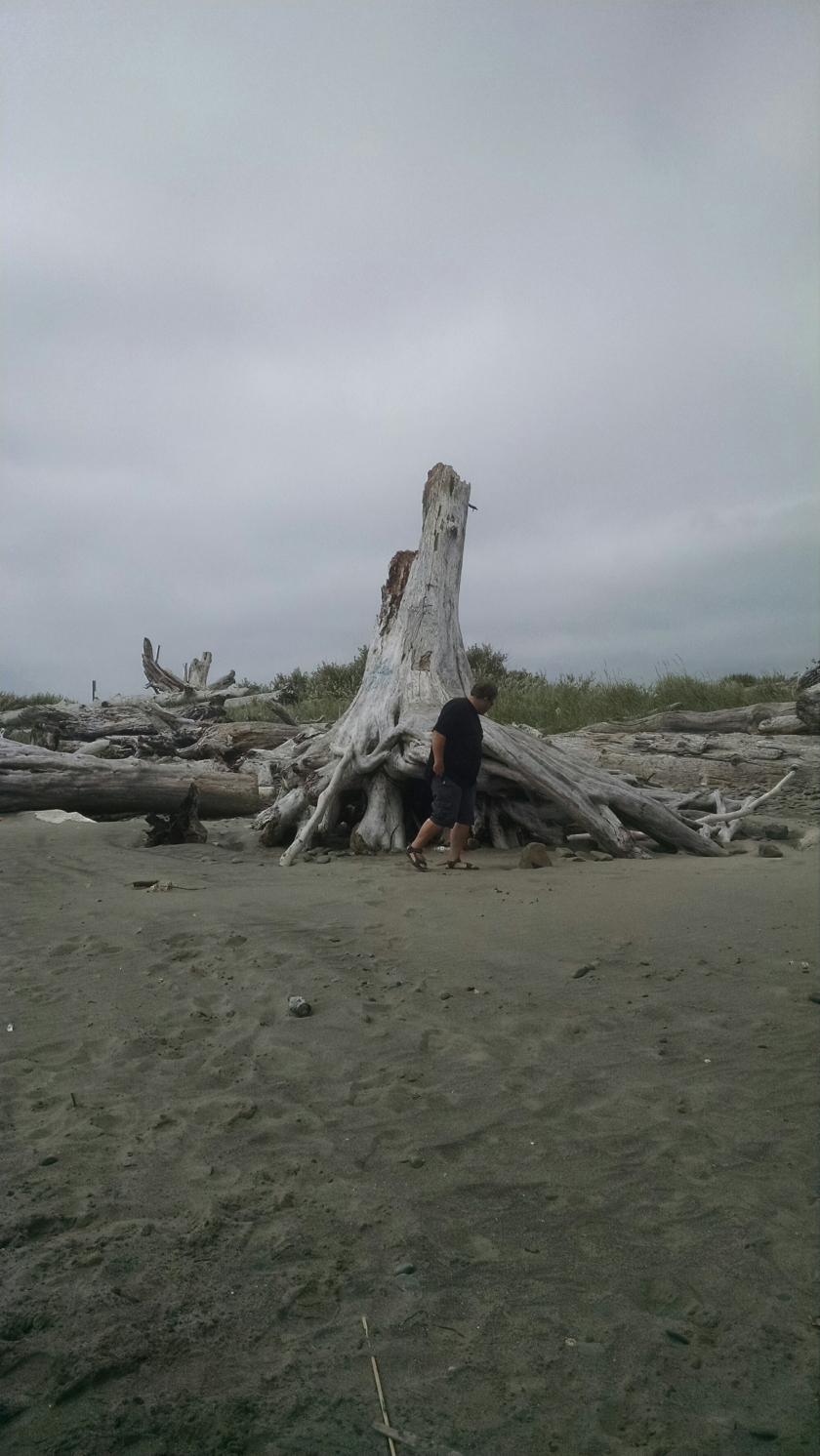 1) Your children are amazing creatures when you stop and listen instead of trying to control them…
2) Strangers can become friends in an instant. ..
3) Health is easy –  listening to what your body needs is hard…

I am going to roll over and sleep a bit more –  try and do the same –  it’s summer here in the Northern Hemisphere! 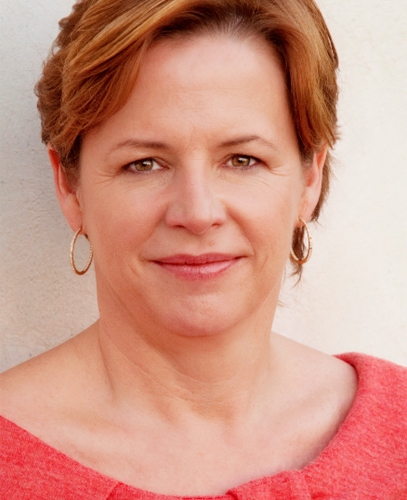 Wow!!! Good for her for regaining her voice – it is an important one!

One man has a very important message for every girl who has ever bought a drink at a bar.

Joey Salads posted a video to YouTube to prove just how easy it is to slip drugs into drinks when no one’s looking. He wants to raise awareness, and warn everyone to pay close attention to their drinks at bars.

Watch the video, and share it with all the women in your life. 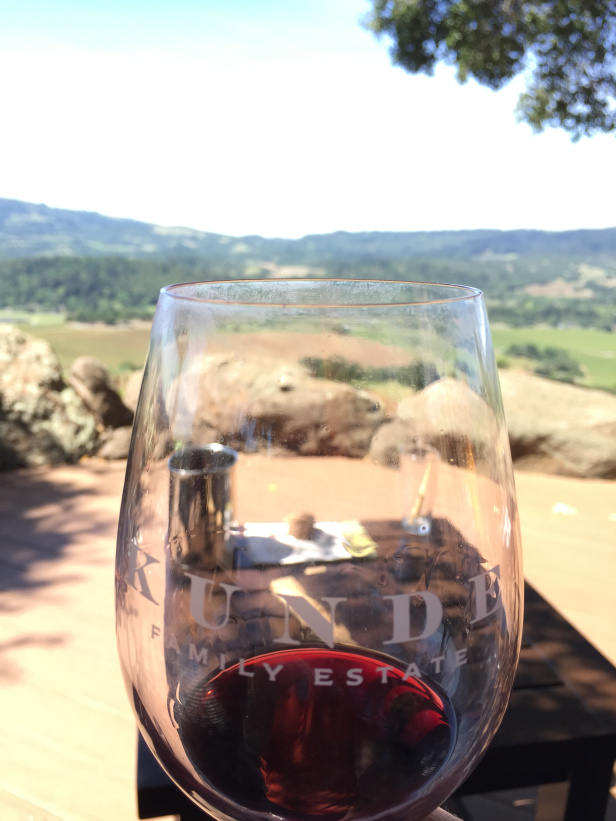 Dear Sport Moms and Dads (or any other person for whom this message pertains),

Grow up!  I’ve spent the past few months reflecting on the horrific behavior I have been witnessing in the guise of youth sports and let me tell you  something –  your child is not going pro.

Last night was the final straw for me!

A dear friend was upset because “grown”  women,  mothers, were loudly commenting on the fact that her 8 year old wasn’t trying shoes quickly enough in their opinion.

Really?  Shut up  you ridiculous,  judgmental,  wastes of reproductive organs!

Who in the hell is she/he bothering?  What the hell is wrong with you?  A child isn’t tying shoes quickly enough?  Last time I checked pumpkins,  shoe tying is not an Olympic, collegiate or any type of sport!

The ridiculousness of competition in youth sport and school is just insane.  Every time I watch a 7 or 8 year old child be stuck out in the outfield positions and placed at the bottom of the batting order when the coach states winning is not important but actions speak the opposite;  I’m disgusted.

To physically move a child from an infield position to place another child there that is “better”  after the  child has already started the inning is appalling.

What message does that send?  Win at all cost but say it is not important?

Today was the 3rd grade egg car race. Again,  parents,  so obsessed with winning,  “helped”  their children to the point at which the rules have been so obfuscated that having them are worthless.

What is the point of a technology challenge when you don’t follow specs nor actually have your child build it themselves with MINOR guidance? What do the children learn?

My children do their projects themselves,  write their own reports,  do their own science fair projects.  They play sports to have fun,  learn new skills and meet new friends.

Guess I will work on my kids’ hunting,  fishing and archery,  reading,  building and driving skills –  some of those are in the Olympics!

The rest of you work on your shoe tying –  Moms at the ballpark are watching!

eyelashes. Do not be fooled. He can lie down for 10 minutes and get his scrawny
butt back to class.  He was amazingly healthy when he left at 7:15 am so I am sure it’s not ebola.
Thanks for the call interrupting my online bill paying session.  You caught me at my shiniest!

All the best,
Nurse Ratchet AKA Mamasaurus

I wish had the time to show you that I forgive you.  I  wish you could see your first grandchild graduate from college. I wish you could talk to my world traveling daughter about the trips you took on TWA in the ’60’s. I dream that you read my skater boy’ s poems and allow him to hug you as he always knows when someone needs it. I wish you could see my sassy girl belt a triple to the fence and the next hour put on a pink dress and play her viola. My Sweet Baby James would love to sing to you and dance with you until your sides split from laughter.

I know your pain Mom.  I wish you had my strength. I  wish you could talk to a friend like I can when the world,  life,  your family,  seems to be so foreign and your heart so heavy that you think it would explode.

I wish you could have known the happiness that I feel after getting so angry because it feels as if the world is against you, only to find solace in the inner strength inside me. The strength I only have because you didn’t have enough for yourself never mind for me, so I  had to find it in myself.

Dear,  Dear Mom, I wish you could know my husband and I thank you for pushing me away so that I could find him.  I found a man who no matter how much I need he always had more than enough. If you didn’t do what you did to me those 30 years ago, I would never be the  mother I am today.

Mom, happy mothers day in heaven for you deserve to be happy and healthy and loved.